I was really happy to see that the community weekly, Sippican Week, ran an article about my project. Georgia Sparling, a writer who recently moved to the area, did a great job communicating a pretty complicated undertaking: 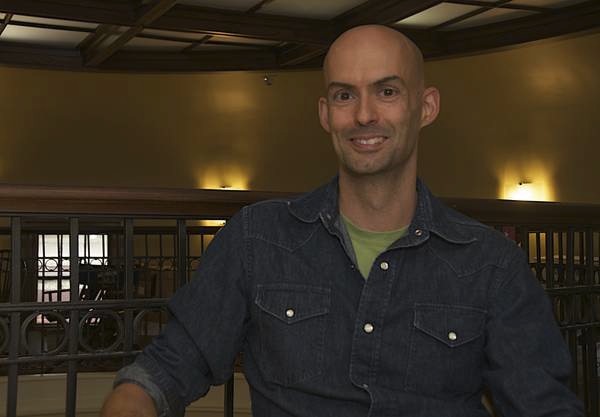 Artist Michael Waugh plans to retrace his Mattapoisett ancestor's fatal boating trip, while exploring his working class roots.
MATTAPOISETT — Michael Waugh doesn’t know much about rowing, he isn’t familiar with water currents and he’s got tendonitis.
That would be unremarkable if he weren’t planning to row 20 miles Martha’s Vineyard to Mattapoisett Harbor in a homemade boat.
Waugh, a full-time artist based in New York City, has started a two-year project that will trace his great-great-great-great grandfather’s (yes, that's four greats) tragic last day in reverse.
On January 31, 1827, Waugh’s ancestor Gideon Dexter rowed out of the harbor on a stormy, icy night with his cousin to fetch his employer’s runaway skiff.
“It was clearly a bad idea,” said Waugh of his “working class” ancestor. “The storm is coming in, let the damn boat go.”
But as Dexter and his cousin chased the ship, in their individual boats, the wind blew them into Buzzard’s Bay. Both were killed.
“My ancestor was found the next morning with his oars shattered and his hands lacerated and frozen solid near Martha’s Vineyard,” said Waugh.
Now Waugh wants to relive this ill-fated expedition, sort of.
“This very tragic, personal story, has a larger economic truth to it, too,” said Waugh. “Working class people take risks that other people don’t. As part of his job, he died. Part of that is making a snap decision to try and save someone else’s property.”
Waugh wants to take Dexter’s journey in reverse. Instead of starting out at night, Waugh’s plan is to start in the morning. Instead of making a quick decision and rowing into the harbor unprepared, Waugh has a two-year plan.
“I’ll be in control of every aspect of it, from training my body to building the oars myself,” he said. “I’m trying to keep in the spirit of these working class origins.”
Waugh is going to document every step of the process in what is a new step in his career as a performance artist.
“This current project is more involved. I reached a point where I have a desire to go to the next level,” said Waugh, who's art is admittedly “hard to sound byte.”
In his previous work, for example creating poems from press releases on a street in New York City, Waugh combines text, performance and, usually, a video camera to record it all.
“I always try to make work where the immediate impression of it is very inviting and comfortable, so inviting and comfortable that you want to know more,” he said. “The more you know, the more you realize how complicated and involved it is.”
The artist’s work is usually political, combining “big ideas and individual lives.” Working in Mattapoisett’s shipping industry, Dexter’s individual death clearly coincided with the bigger economy.
Waugh, may not be tapping into the town’s shipping economy with his project, but he doesn’t plan to go it alone like Dexter.
“I can’t do it myself,” said Waugh. “Hopefully, I can meet boaters and rowers and people interested in the Bay who can help me, and on the day that I decide to do the event, there will be people with me.”
Waugh has already connected with the Buzzard’s Bay Coalition and is taking lessons from the New Bedford Community Rowing program (luckily rowing hasn’t bothered his tendonitis, so far). He will also craft his own oars this summer at a boat building nonprofit in Maine.
To fund the project, Waugh hopes to raise money through grants and an upcoming show featuring rowing-themed drawings. But Waugh knows getting grants could be an uphill battle.
“If you just keep waiting, you’ll never do it, so I’m just plunging in," he said.
Finishing the project in 2014 also has special significance for Waugh.
“Gideon Dexter died 66 days before his 47th birthday. The date I’ve set is 66 days before my 47th birthday. This project is meant to be,” he said.

To follow Michael Waugh’s progress, visit his blog Rowing Back at rowingback.com and see other examples of his work at michaelwaugh.com.
here's the article's link: http://sippican.villagesoup.com/ae/story/artist-pays-homage-to-mattapoisett-ancestor-with-rowing-project/874053