I finally picked up a copy of the 2014 Eldridge guide. This is the "tide and pilot book" that boaters keep on board in order to look up tides and to see what tidal currents are to be expected -- especially in treacherous areas. I plan to row through a treacherous area. 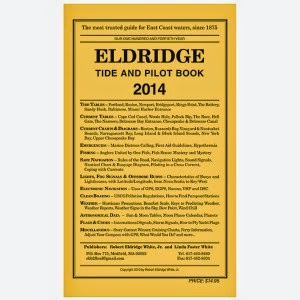 When I row back to Mattapoisett, I will have to go through the narrows at Woods Hole. And I can't row back through if the tide is ebbing out of Buzzards Bay. The water flows through Woods Hole as fast as (or faster than) I could row. It's a waste of energy to fight the tide. Power boaters don't necessarily plan their trips around the tides. They can just use twice the fuel, push through, and budget a few more minutes. But even if I could row against the river of water that rushes out through the narrows twice a day, I would be, effectively, doubling the distance that I'd be rowing. 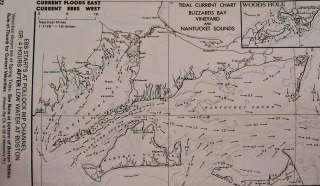 The trick of this journey is to time it so that I'll be always rowing with the current. The Eldridge Guide shows an hour-by-hour illustration of the ebb and flood of the tides, their strength and direction.

My destination is Mattapoisett, Massachusetts. I grew up thinking that the translation of the word "Mattapoisett" was "place of rest." As a kid, I thought "place of rest" meant "vacation spot," "place to take it easy." As I became a morose teenager, it occurred to me that a "resting place" is a cemetery. But of course, that's a modern euphemism.

Gideon Dexter is buried in Mattapoisett; he is the great-great-great-great grandfather whose death in Buzzards Bay provides the center of gravity for this project. The town wasn't called Mattapoisett by Gideon. Back in 1827 it was still part of Rochester (one of the original settlers of which was Gideon’s great-great grandfather). In the mid 1800's European-Americans became safely nostalgic for the Wampanoag they had killed and displaced; and they embraced native place names. Mattapoisett: incorporated 1857.

Armchair linguists imply that Mattapoisett was a sacred site of Wampanoag burial. The Place of Resting. It fits in with the romantic nostalgia. Why, Mattapoisett is practically a holy city, the Tenochtitlan of Southeastern Massachusetts!

But then I was at the offices of the Buzzards Bay Coalition, walking down the stairwell. Its walls are decorated with a map of Buzzards Bay, with translations of all the native place names around the water's edge. "Place where the waters open," "good fishing." The place names are practical, useful. What is striking, is that they are like place names everywhere. Mill Pond. Land's End. Riverdale.

And when I saw the translation of Mattapoisett, my understanding of the town’s history shifted. 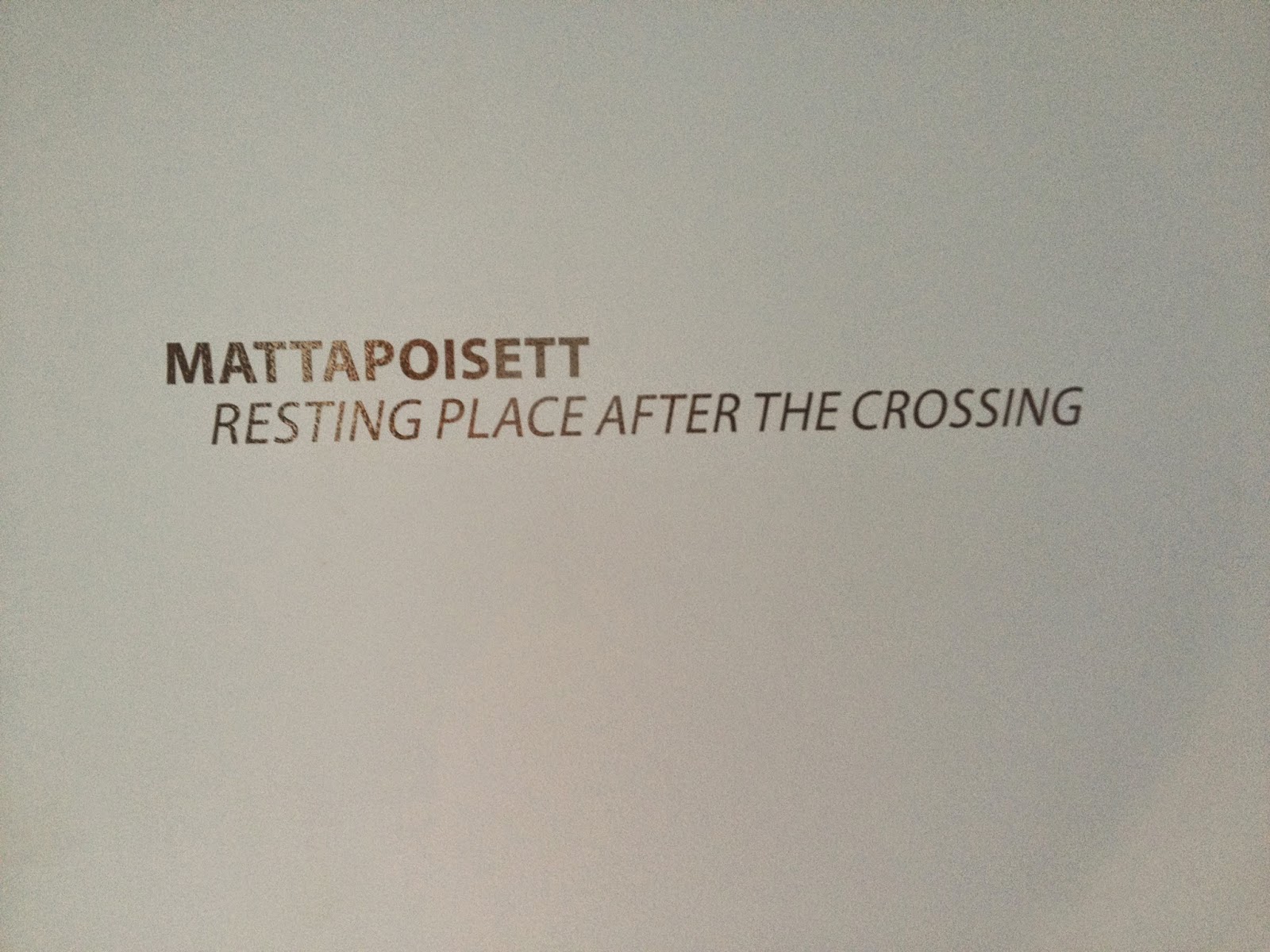 “Resting place after the crossing.” Mattapoisett had been no mystic necropolis of the Wampanoag. The town’s name was like every other place name surrounding the bay: it was a practical record. Mattapoisett was the place with a protected, calm harbor, where you and the water rest after crossing Buzzards Bay. And when I look at the charts of the tidal currents in Buzzards Bay, the practicality becomes clear. Boats leaving Mattapoisett as the tide ebbs are pushed south and across towards Falmouth and Wood’s Hole at the southwestern tip of Cape Cod. And if one rows east from that spot as the tide flows into Buzzards Bay, one can easily use the current to go straight for the protected harbor of Mattapoisett. Hundreds of thousands of people lived in the area before Europeans arrived. They worked the once-rich fishery of the bay. The name “Mattapoisett” exists as a record of that work.

On the evening of January 31st, 1827, when the storm hit and Gideon Dexter was blown out of Mattapoisett Harbor and into Buzzards Bay, the ebbing tides and northwestern winds pushed his rowboat with his frozen corpse straight across the bay and through Woods Hole. As long as I time it right, the reversed, flooding tides should bring me straight back.

However, I’m still not sure that I’ll be able to row across Buzzards Bay in Early July as I’d hoped. My tendonitis seems manageable. But I slightly sprained my wrist in early March. And it is unclear if it will be healed on time — or if I’ll be able to train hard enough to make the row possible.

If it’s not healed, my thought is that I’ll just drift — that I’ll push off from Mattapoisett and use the same currents that pushed Gideon away from home. Will those currents really take me to the spot where his body was found?

Then, when my wrist is healed, I can row back. Ultimately, this is not some heroic feat that I am proposing. For the Wampanoag, and for the pre-industrial Europeans who displaced them, Buzzards Bay was a tricky but navigable highway. I am proposing a voyage that was once commonplace. The very word “Mattapoisett” is a record of the mundane, workaday history of this trip. But there is so much knowledge (an so much muscle tone) that has been lost. But that loss doesn’t make the knowledge aesthetic. Much of my tension and struggle, however, becomes aesthetic. What is unusual for an artist is that an aesthetic struggle must give over to tides and weather. My project may have the aura of 19th century romanticism — But to get caught up in an aestheticisation of history or nature would, at best, push me ashore on the wrong side of Buzzards Bay — or sink the boat on which I have spent months of studio time. Failure as an aesthetic end-point would seem to me to be a bit of a reactionary disengagement with historical context.