I got up at 4AM to meet the women's competitive team at the New Bedford Community Rowing Pod for their 5:30 training. Coach Bayse wanted to get some footage to help with feedback. I had my Handycam in the coach's launch, and I attached two GoPro's on the four that the women were rowing. Anna, the cox, was a good sport and wore a cam on her head. And Georgia let me put the other one on her starboard oar. They made some jokes comparing themselves to the Jamaican bobsled team in the movie Cool Runnings. But they were great. I rowed in the four once last year, and it was not fun. Granted, four is more stable than a single (which I couldn't stay in at all). However, the morning was so gorgeous that I almost wished that I was rowing. 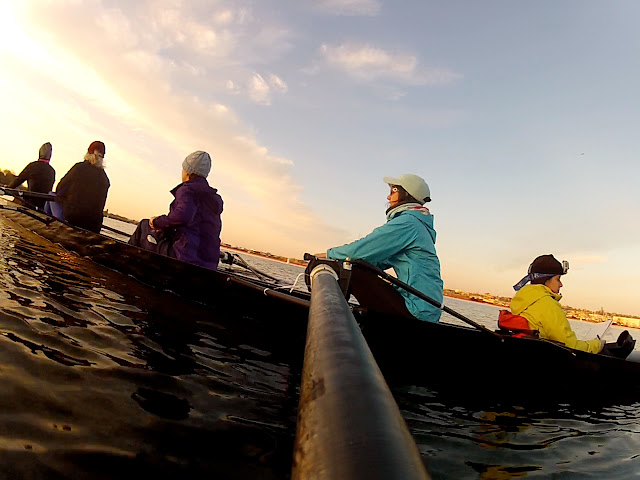 Here's the view from Anna's seat, reviewing her cox's notes. 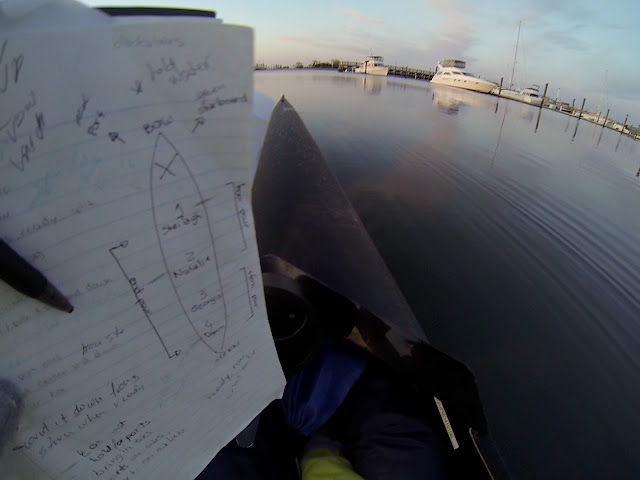 And my view from the coach's launch. 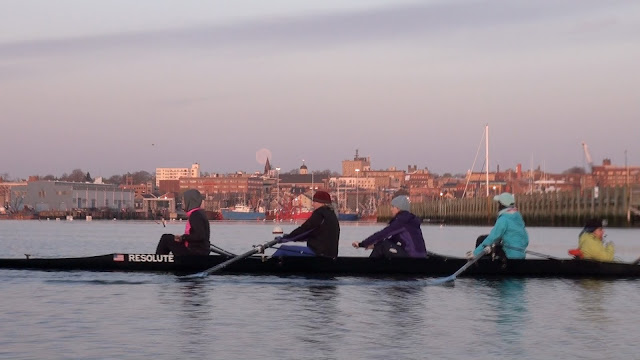