For the past week and a half, I've been afraid that I was going to have to abandon my rowing project. I had finally bought myself an indoor rower (an erg) so that I could train daily without having to go to the gym or get onto the water. No Excuses. It was a big, one-time investment. But it's actually cheaper than a year and a half of gym memberships. However, about a week after getting the machine, I had a problem.

20 years ago, I was diagnosed with bursitis in my right hip. I got a steroid shot and had to give up jogging. Having a doctor tell me that, in fact, I was not as robust as the average person fed into all my gay-boy insecurities. But one moves on. The bursitis has flared up from time to time. But for the past ten years, the flare-ups have been minor. But after using my new erg, the flare-up in my hip was as bad as it has ever been. When it started, it was as if a sword was inserted at my hip and driven down my leg towards my knee. 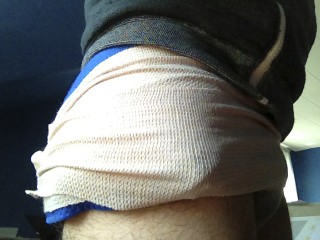 I immediately started icing the hip twice a day (Ace bandages are a great fashion accessory, no?) and taking naproxin. I limited my walking (bad because the problem coincided with Art Week in New York). I had to miss the most active week for contemporary art. Two weeks later, the popping of my hip and the pain had decreased enough for me to get on the erg for an easy 2000m. It was a moment of truth. If the motion of the erg set my hip off, then the project would be over.

Of course, there was no logic to thinking that the erg had caused the problem. It was the same model as I had used at the gym. The motion is the same as I learned last summer on the water with New Bedford Community Rowing. And I had only used the new erg a few times. Really, I had not increased my rowing activity significantly. But I care deeply about this project; I've invested a year into it; I've got another year and a half to two years before it's completed. And I'm not as robust as the average person. Who wouldn't worry. 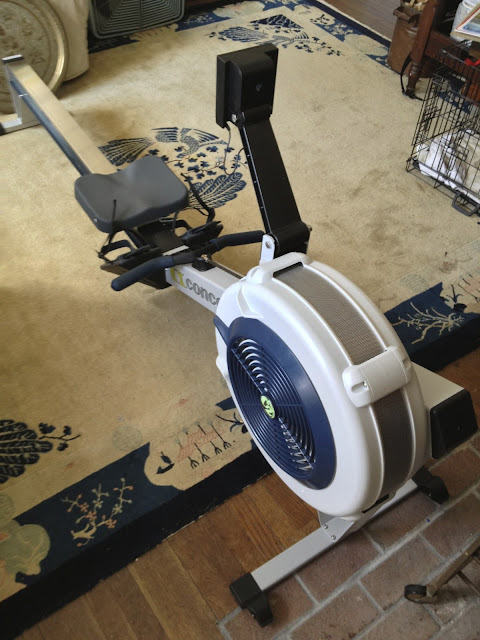 The easy work out did not cause any problem. No popping. No pain. So I started to think more logically about what might have caused the problem. And I remembered that on the day the shooting pain started, I'd been having some trouble walking. And, yes, maybe that trouble had been coming on slowly. But walking hasn't been easy for 20 years, so I tend to ignore minor aches.

This winter, when the weather started getting nasty, I had looked around for a pair of boots. I found a pair that my dad had bought a few months before he got sick. He'd never worn them. They fit me. Problem solved. Of course these were $20 boots from Wal-Mart. Great for keeping snow off the feet. Bad for walking all over New York -- or anywhere. One's feet kind of roll side-to-side instead of front to back. The voice of my friend Bob, who is a physical therapist, came back to me, "make sure you keep your feet straight and push off from your second toe."

I put on the boots and walked across the room. It was impossible to push off from the second toe. They rolled such that I was pushing off from the ball of my foot and my whole body was rocking. I had been wearing these as my primary shoes since mid December. They are now in the trash.

I still need to take it easy on the erg until my hip feels stable. But the story isn't over -- though it is for those boots. 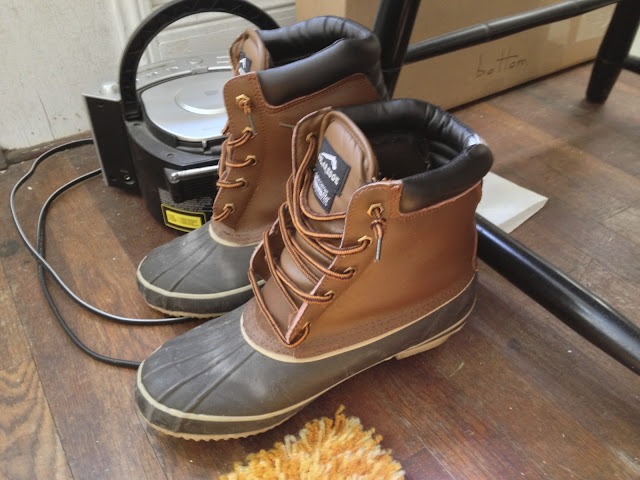