On February 1st, 1827, My great-great-great-great gransfather's body was found off the coast of Martha's Vineyard. He died in a working-class rowing accident having rowed himself to exhaustion against an unexpected storm.

To mark the anniversary, I stayed outside yesterday in freezing temperatures for an eight-hour work day without taking any breaks for any reason. I set myself up on the street outside the gallery where my solo show is being hosted (Winkleman gallery in collaboration with Schroeder Romero). The first half-hour of that time was consumed setting up a camera -- then I began reading aloud from Adam Smith's seminal book about capitalism, The Wealth of Nations. I thought that I might read for eight hours beyond the 30 minutes I spent setting up. But after being outside for eight hours, hoarse, sore, and cold, I read these words, "In the public deliberations, therefore, his voice is little heard, and less regarded; except upon particular occasions, when his clamour is animated, set on, and supported by his employers, not for his, but their own particular purposes." And I knew that this was the perfect line on which to end.

By the six-hour mark, I had to start doing three to six squats about every five minutes. Activating the large muscles of the legs burned enough calories to keep me from getting hypothermia. I was sure that I looked like an idiot. But even with doing the squats, by the end, I was totally chilled. I couldn't stop shaking for about an hour afterwards. Staying outside longer would have been bad, and I knew that, too. I would have had to have been continually exercising to generate enough heat to stay warm --and if I'd done that, I couldn't have gotten enough breath to read aloud. Panting would have made it hard to be stentorian. Adhering to the eight-hour work day allowed me to get the job done and not need medical intervention.

Thanks are due to my cameraman Christopher Cruzcosa who braved the cold with me. 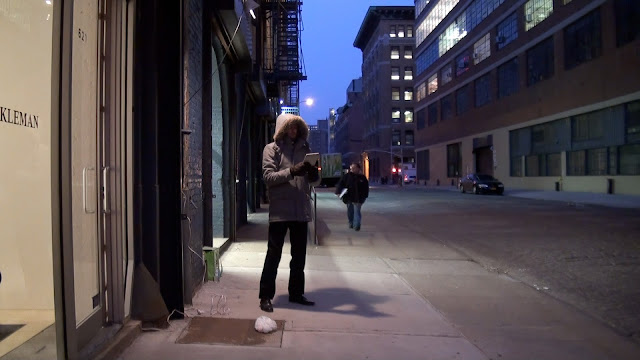 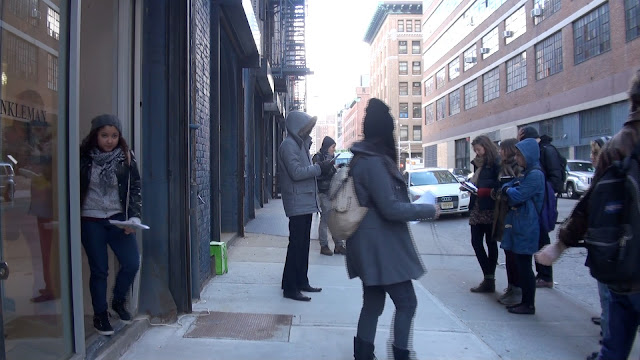