MATTAPOISETT — Hopping into a narrow boat you’re almost sure to capsize in 55-degree water is an unusual way to connect with your ancestors.

But Michael Waugh’s project is anything but run of the mill. The Brooklyn-based artist, who also spends time in Mattapoisett, began a two-year rowing project earlier this summer to retrace the final hours of his great-great-great-great grandfather Gideon Dexter.

Dexter was killed on January 31, 1827 when he rowed into Buzzards Bay trying to save his employer’s runaway skiff. The following morning, he was found frozen on Martha’s Vineyard.

“This very tragic, personal story, has a larger economic truth to it, too,” said Waugh. “Working class people take risks that other people don’t.”

With his project, Waugh will retrace Dexter’s trip in reverse – rowing from Martha’s Vineyard to Mattapoisett with a boat and oars of his own making

The performance artist, who began rowing lessons this summer, launched a boat into New Bedford Harbor on Monday to document his progress.

“I’m a visual artist. In order to document and communicate visually where I’m at with this project, I needed to do the performance.”

Waugh used oars he engraved with excerpts from Adam Smith’s “The Wealth of Nations,” considered the first modern work on economics, and “The Theory of Moral Sentiments,” a book on morality and society.

Of his launch, Waugh said, “In essence, this is to illustrate where I’m starting and how the right equipment matters.”

Still a novice, Waugh said he wouldn’t be surprised if he got wet. “It’s like being on a tight rope. You have to keep the oars level or you just go over.”

With help from New Bedford Community Rowing Program Director Cheyenne Bayse and other members, Waugh climbed into the wobbly boat and was pushed away from the dock.

Once in the water, Waugh found the narrow boat difficult to balance, and tipped over a few feet from the dock.

“Today’s footage really communicates clearly my level of experience,” he said. “Today also lit a fire under me, driving home what I still need to do.”

Waugh will help raise funds for his project through a show in New York City in January. 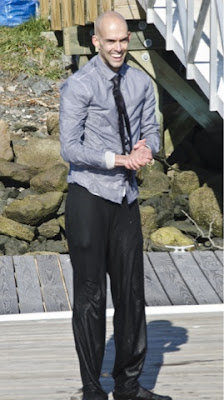 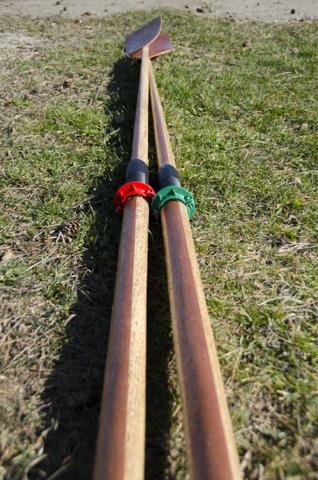 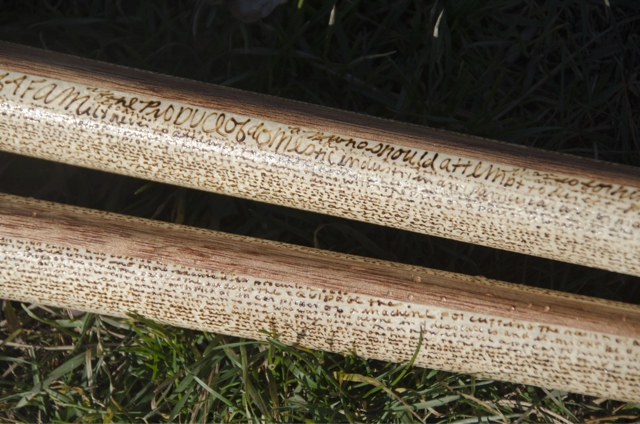 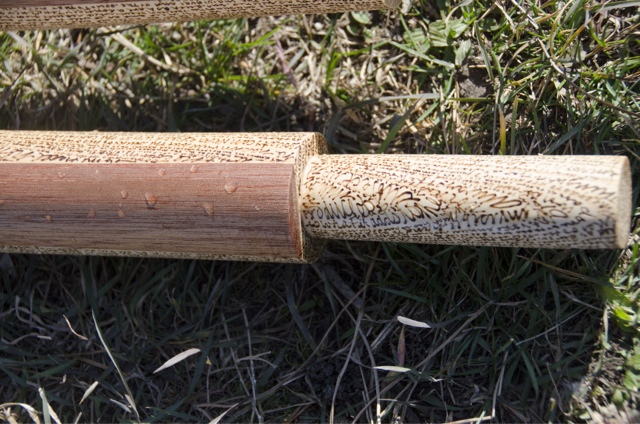 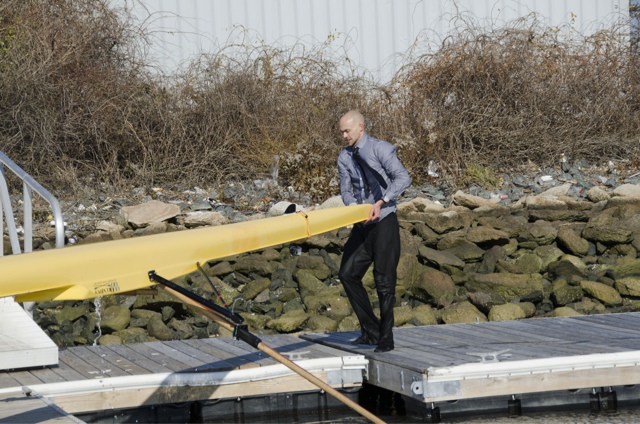